World Cup Fever. Has it captivated YOU??

Finally ‘World Cup Brazil 2014’ is now here. The success of the national team will shape our summer. Many of us will have been heading into work today with a raised smile, just knowing that it’s world cup day. If you asked any football fan which single event was more important to them than Christmas day, their answer would undoubtedly be The World Cup. Well, that would be my answer anyway.

Elation and despair are only a couple of the feelings we will be experiencing together over the summer.

Where will you be watching your country’s games this summer? I thought I’d share a few ideas with you...

The local pub will be packed to the rafters for this year’s World Cup. Everyone is in the same boat as they await the eagerly anticipated first game.  “He shouldn’t be playing, he’s not good enough to wear our country’s shirt” and "why’s he playing 4-4-2? Has he lost it?" Are some of the phrases that will be heard a lot by football fans who believe they could do a better management job. As the national anthems are being sung by (some) players and by fans alike, the nerves will start to pulsate through our bodies. Watching your nation play in a World Cup really does test the nerves. As the beer and banter flows, the tension builds. UNTIL... GOAL!!!! Beer is thrown around the bar and barstools crash to the floor as everyone hug each other in jubilation. The World Cup brings everyone together. Fans that support one team will no longer be at logger heads with those of opposing teams, because for four weeks... everyone is on the same team. 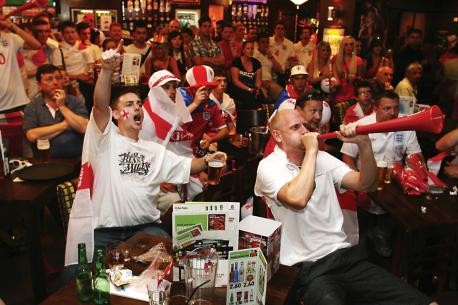 Families will be hanging bunting, flags and other merchandise from the windows of their houses. Kids will be running around with their faces painted in their country’s colours. This only happens during an international tournament. Get the children’s favourite drinks, sweets and other amenities to keep them occupied and the adults can enjoy their favourite tipple while they watch the game. Why not indulge in a pre-game world cup BBQ, it has always been a favourite of mine. 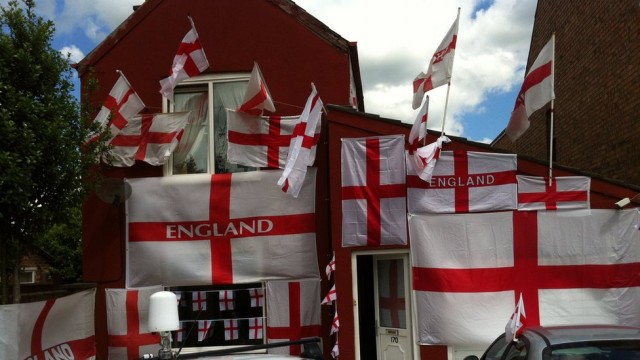 If you fancied going to the extreme like a group in Berlin have done, then go for it. Local Berlin football stadiums have installed a 700 inch TV into one stand. Hold on a second, don’t get too excited yet. It gets better. Fans that wish to watch the game here have to bring their very own sofas to watch the games on. 600 Sofas and 700 inch TV screen - this is why the world cup is so special.

Just a couple of ideas to get you in the mood for the World Cup. We would like to know what our customers are up to during the event. So why not let us know? 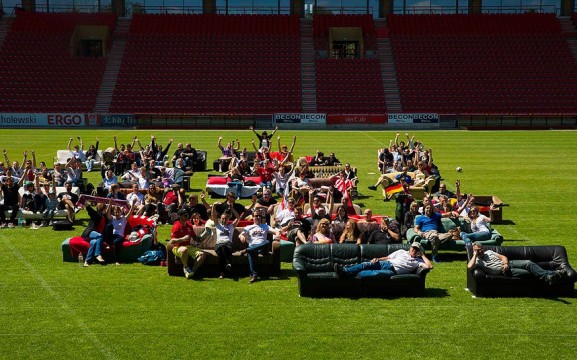